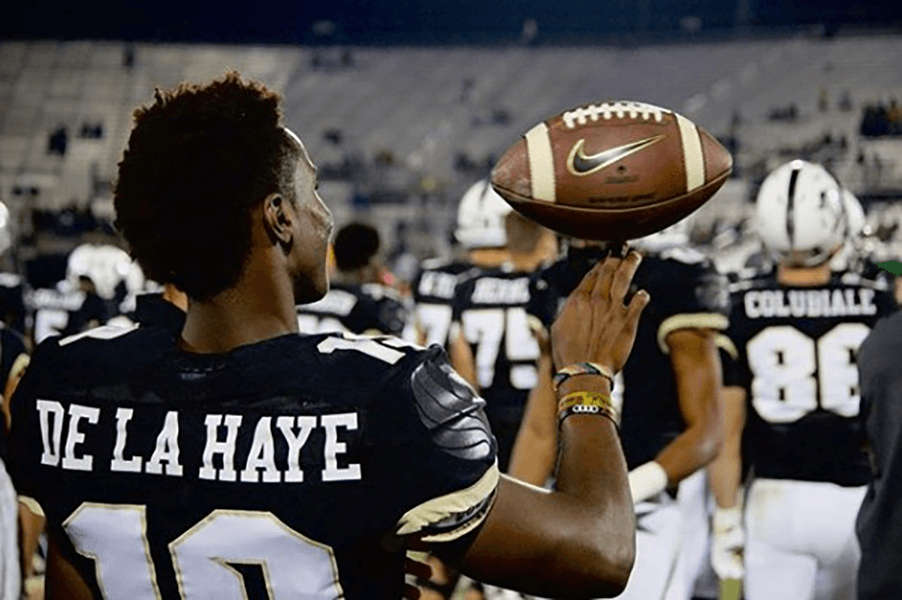 The University of Central Florida (UCF) removed a college football player from its team and rescinded his athletics scholarship because he exercised his constitutional right to free speech by posting videos to his personal social media platforms.

Donald De La Haye was a model athlete and upstanding member of the UCF community. As an athlete, his football skills earned him an athletic scholarship with the University, which he relied as the sole means to finance his education.

Like most American college students, Donald is an active social media user. His videos include a wide range of subjects—from popular culture to personal commentary on life as a college student. Because of his entertaining and insightful posts and comments, Donald has built a strong following on major social media sites, including Instagram and YouTube—both before and during his time as a University student. Donald’s broad following allows him to receive modest compensation from YouTube for his original content.

In the summer of 2017, UCF summarily removed Donald from its football team and rescinded his scholarship due to his monetized use of his own name and likeness on his social media accounts.

UCF purports to have taken these actions to comply with various rules of the National Collegiate Athletics Association (“NCAA”), which has a series of rules that broadly limit student expression, including when a student receives compensation in connection with the use of a student’s name, image, appearance, or physical attributes.  See NCAA by-law 12.4.4.

Specifically, the University determined that Donald’s receipt of compensation from YouTube for his videos violated NCAA rules. UCF then unilaterally kicked De La Haye off the team and pulled his scholarship.

Like all Americans, Donald has broad free-expression rights both on and off campus. These rights are no less applicable because Donald attended a university or joined its football team. And public universities cannot violate a student’s First Amendment rights by punishing a student for speech solely because the university does not approve of its content, particularly when that content was not only harmless to the university, but enjoyed by tens of thousands of people.

UCF’s decision to remove Donald from the football team and rescind his scholarship in response to his constitutionally protected speech did exactly this. The university’s actions, therefore, violate Donald’s First Amendment and due process rights under the First and Fourteenth Amendments.

Represented by the Goldwater Institute, the Texas Public Policy Foundation, and Roetzel & Andress, LPA, Donald has asked UCF to reverse its unlawful decision by restoring his scholarship.