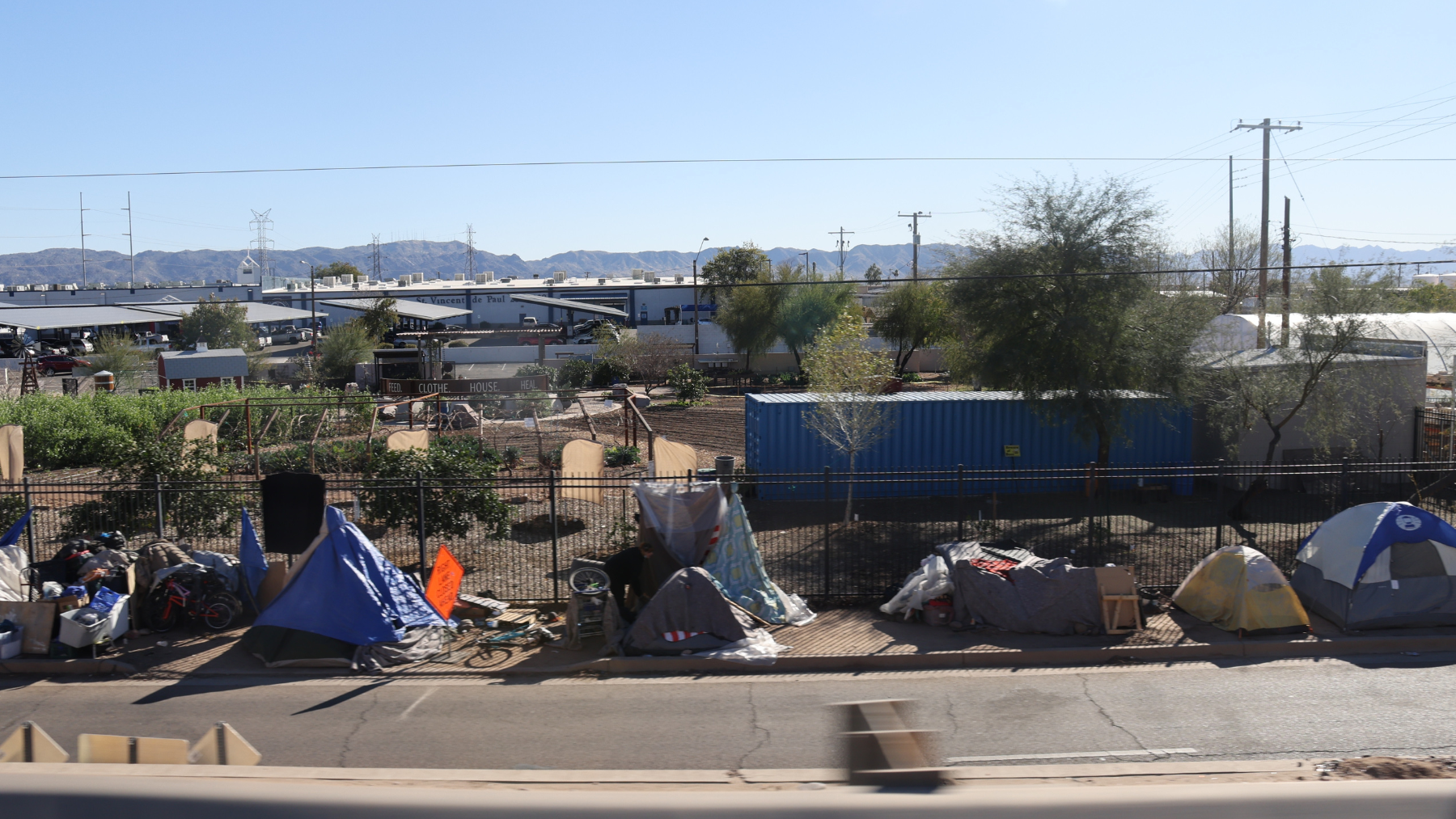 Cities across the United States are experiencing increased homelessness and crime, thanks in part to city officials’ failure to enforce existing laws against vagrancy, property destruction, and even theft. Phoenix leaders have implemented a policy to shift the homeless population into a large—and growing—area of downtown called “The Zone.” Now one of the largest homeless encampments in the country, The Zone is estimated to comprise over 1,000 people. And the resulting crime and pollution is destroying businesses in the area—businesses whose owners are innocent Phoenicians simply trying to earn a living.

They’ve filed a lawsuit against the city, arguing that The Zone constitutes a nuisance. Relying on a 1985 Arizona Supreme Court decision which held that inviting vagrants into a neighborhood can create a nuisance situation, the plaintiffs argue that the city has violated its legal obligation to protect the lives and property of innocent citizens.

In our friend of the court brief, we argue that The Zone also violates Arizona’s environmental laws. The inhabitants of The Zone frequently urinate and defecate on land and streets within The Zone—which is located within walking distance of the Salt River. But state law forbids the city from even “indirectly” maintaining any “activity or practice” from which sewage can flow into state waterways. In a 1938 case, the state Supreme Court found the city liable for maintaining a faulty sewage treatment facility on its property, which frequently broke down and caused pollution. “While it is true that a sewer system is, indeed, a vital necessity for the maintenance of health in any large municipality,” said the court, “even that necessity does not authorize the municipality to injure the person or property of another without responsibility.” Likewise, while homelessness is a problem in most cities, Phoenix cannot maintain an encampment of vagrants—many of them violent criminals—who cause dangerous biohazards in the middle of downtown.

Our brief urges the court to issue an injunction blocking the city from maintaining The Zone or from restricting police services to the hardworking business owners affected by the encampment.