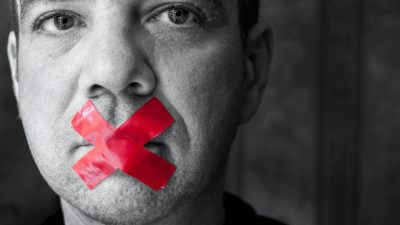 Government workers should not have to choose between keeping their job or being forced to finance union activities. Yet in a practice called “release time,” that is precisely what is happening in the City of Phoenix (“City”) and throughout the country. Under release time, government employees are “released” from the jobs they were hired to perform to work exclusively for government unions—all while receiving funding from other government employees, including those who don’t belong to the union. While on release time, government workers are paid to increase union membership, engage in political activities, lobby the government, file grievances against their employer, and negotiate for higher wages and benefits, among other things.

The practice of release time is prevalent throughout Arizona and the rest of the country.

In this case, the City entered into a Memorandum of Understanding (MOU) with the American Federation of State, County, and Municipal Employees, Local 2384, Field Unit II (AFSCME).  Under the MOU, the City is obligated to provide AFSCME with multiple release time benefits, including four full-time release positions, guaranteed compensatory time for high-ranking union officials using release time, a bank of release time hours per year to be used by other Union representatives, and additional hours and direct payments for AFSCME members to attend Union seminars, lectures, conventions, and workshops.

Forcing non-union members to fund the speech of a government union violates the First Amendment to the U.S. Constitution. It also violates several state constitutional provisions and Arizona’s Right to Work laws.

On October 8, 2019, representing two City of Phoenix employees who object to having part of their salaries directed toward union activities, the Goldwater Institute filed suit against the City to block the practice of release time and to end this form of unlawful cronyism.