Standing Up to Government Theft in Tucson

VICTORY! Kevin’s Jeep was returned by the government. 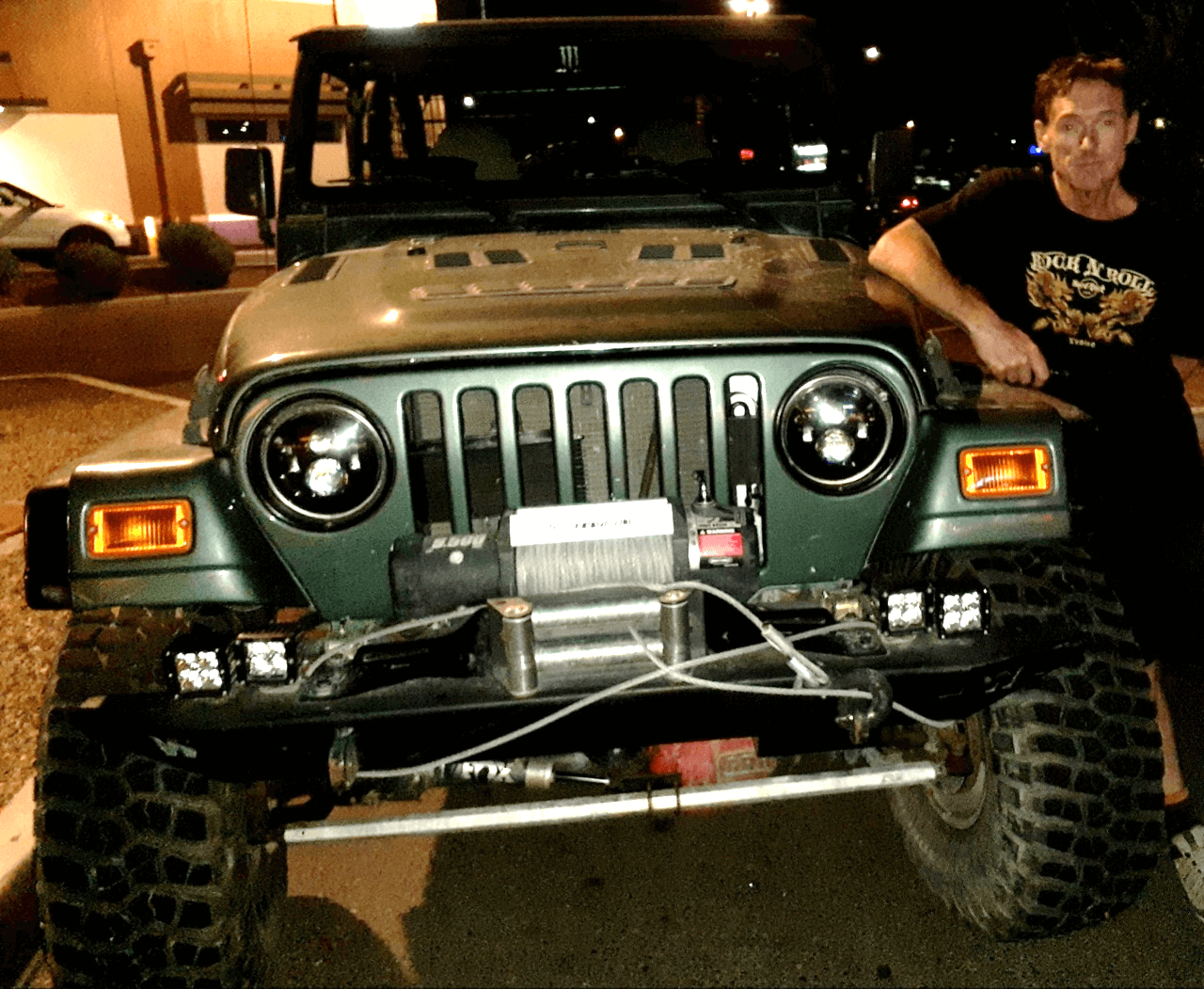 Kevin McBride is the embodiment of a down-to-earth guy. He wakes up almost every morning to go work under the Arizona sun just to keep a roof over his head and food on the table. He was a proud locomotive engineer for over twenty years, but the relentless sound of the heavy engines slowly wore away his hearing until one day he found himself unable to meet company qualifications. So he was cast off and he did what a guy like Kevin does: He pulled together the resources he had and went to work. Kevin didn’t have much, but what he did have was an old Jeep he had lovingly restored, some tools, and a fierce determination to be successful.

On a Friday in May of this year, Kevin was hard at work. His girlfriend stopped by his job site and asked if she could help him cool off by getting him a soda from a local convenience store. Because she had no other way to get there, she took his Jeep and he went back to work. When she didn’t come back, he started to worry, so he bummed a ride to go and look for her. That was when he was met with a sight that spelled certain disaster for him: His Jeep was being hauled off. He saw his future disappearing, and he didn’t understand why.

Kevin tried to flag down the tow truck to explain that the Jeep was his, but no one listened and no one seemed to care. A police officer on the scene gave him a handwritten phone number to call for information. It was a number that Kevin called again and again. He called it for three weeks before anyone answered, and when they did, Kevin was greeted with crushing news. The District Attorney was holding his Jeep as evidence of a $25 crime they said his girlfriend committed, even though they had dropped all charges. It didn’t make sense that they could hold his Jeep and all the tools in it when he had done nothing wrong.

After Kevin made a claim for the Jeep, the Pima County Attorney’s Office told him he would have to pay $1,900 to get his Jeep back—even though he has done nothing wrong. Kevin rejected this demand.

Kevin is simply trying to carve out a life of dignity by working as hard as he can. When the government took away his Jeep and tools, they stole his access to work. They have placed him on the brink of economic disaster when his only crime was allowing his girlfriend to buy him a soda. This is why Kevin McBride has joined with the Goldwater Institute to challenge Arizona’s unconstitutional civil asset forfeiture laws.

The Goldwater Institute filed this case to protect the private property rights of all Arizonans. Although Arizona made significant improvements to its civil forfeiture laws in 2017, significant problems remain. Innocent owners—whose property is used by someone else to commit a crime—are still required to prove themselves innocent, rather than the government being required to prove them guilty. Law enforcement agencies can still keep forfeiture proceeds for their own use. And there is no requirement that the value of the forfeiture be remotely proportional to the crime allegedly committed.

The property owner in this case is Kevin McBride, a Tucson, Arizona, resident.

The governmental entity that seized the Jeep is the Pima Counter Narcotics Alliance.

In addition to the return of his Jeep Wrangler, Kevin McBride seeks a declaration that it is unconstitutional to require innocent owners to prove their innocence, rather than requiring to government to prove their guilt. He also seeks a declaration that the attempted forfeiture of his vehicle violates the Excessive Fines clauses of the Arizona and U.S. Constitutions.

The government made Kevin an offer to “mitigate” the forfeiture if Kevin paid them $1,900 to get his Jeep back. On August 20, 2020, Kevin delivered notice to the government that he is rejecting any demand that he pay for the return of his Jeep. The government must now decide whether to return the Jeep, or seek a declaration of forfeiture, which Kevin will contest.