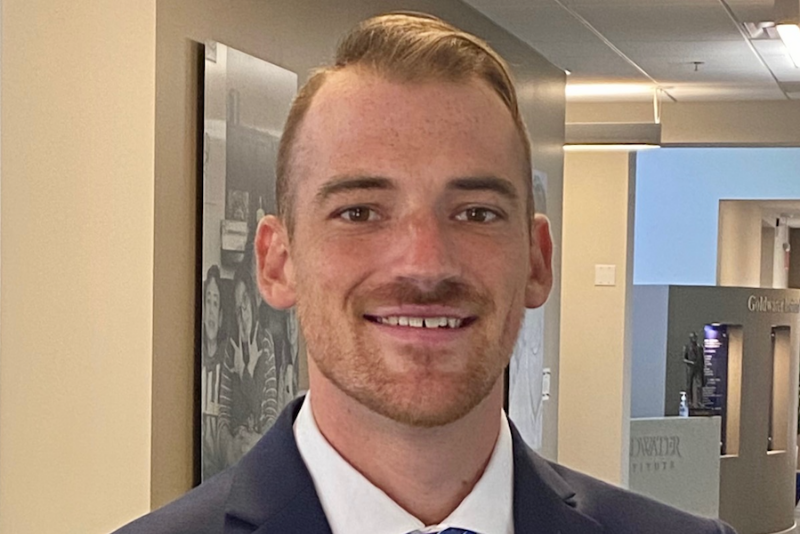 One of the pillars of our system of representative government is that political leaders are entrusted to work for the betterment of their constituents, not to derive personal benefit from official actions. Arizona law specifically protects taxpayers from politicians putting their personal interests ahead of those of their constituents. Arizona’s conflict-of-interest statute, for example, requires disclosure and precludes public officials from participating in matters that they have a financial interest in.[1] The law’s language is clear:

This law is designed to prohibit public officials from using their elected position to advance their personal financial interests over the public good. Unfortunately, public officials in Arizona have ignored this conflict-of-interest statute, often violating not only the spirit of the law but also the letter of the law by participating in matters they have a financial or other substantial interest in.

This is particularly true with respect to organized labor unions, which often exert enormous influence on the local politicians they provide financial support to. Organized labor has much to gain from supporting labor-friendly candidates. For example, politicians who receive political funding from organized labor will often put in place preferential hiring and contracting laws or engage in collective bargaining activities where policymakers confer lavish benefits on the very same organizations that provide them with political support.

In the case of at least two Phoenix city councilmembers, ties to organized labor have had a serious and detrimental impact on their official actions.

Phoenix Councilwoman Betty Guardado, for example, has taken official action in matters involving the union. Not only has she voted to withhold federal rent relief from restaurants and shops until they increased unionized staffing—despite having served as the “international vice president” of the labor union Unite Here—she has a $100,000 pension interest with the union, and a husband and city staffer employed by the union.

These and other examples show a disturbing and growing trend of entrenched unions colluding with lawmakers to advance narrow special interests at the expense of the broader taxpaying public.

In 2020, owners of shops and restaurants operating inside Phoenix’s Sky Harbor International Airport saw a 90% drop in business due to the COVID-19 pandemic.[3] More than 50% of them were forced to close their doors.[4] Those that remained open still struggled financially because air travel was down 97% for the year. A year later, the remaining shops and restaurants inside Sky Harbor were eligible to receive $19.2 million in federal rent relief.

Because of the unique impact COVID-19 had on travel at Sky Harbor, many airport businesses were relying on these federal funds. As a result, the Phoenix City Council originally considered placing only a few conditions on airport businesses to receive the funding.

City Councilmember Betty Guardado then began to advocate for a strict set of rules before any of these businesses could receive federal funding. Specifically, despite significantly lower demand, Guardado proposed that these shops and restaurants needed to operate at full capacity, keep their pre-pandemic business hours, and most importantly, return to staffing levels of 80% of their pre-pandemic levels.[5] Any restaurant or shop that failed to meet these requirements would not receive any of the federal rent relief funding. These incredibly strict mandates removed the ability of airport business from operating their business in a way that made market sense. Despite a drastically reduced downturn in customers, airport businesses could not adjust staff levels or hours to meet the reduced demand.

Why did Betty Guardado propose a new set of rules that practically forced every vendor inside Sky Harbor to meet their demands to receive any type of funding? Why at the last moment did the Phoenix City Council shift to a more extreme set of rules that took all of the flexibility away from the struggling business owners?

Prior to Guardado becoming a city councilmember in 2019, she worked for the Unite Here labor union for 20 years, eventually rising to the role of international vice president of the union. Additionally, her husband worked for Unite Here prior to the COVID-19 pandemic. Unite Here also happens to be the labor union for the majority of employees who work at Sky Harbor.[6] By forcing the business owners to maintain staffing at pre-pandemic levels, Guardado was ensuring that taxpayer funds would be directed toward the unionized workforce that her union represented. In other words, Guardado utilized her official position to selectively direct federal funds to her favored special interests without providing businesses the needed flexibility to adjust operations in an appropriate way.

Guardado’s financial disclosures show a strong connection to the AFL-CIO and Unite Here unions. For example, Guardado has over $100,000 in a pension fund through Unite Here. She also has between $1,000 and $25,000 in her AFL-CIO 401k. Consequently, she has a pecuniary interest in the financial well-being of Unite Here. Although Arizona’s conflict-of-interest statute prohibits public officers from participating in any matter they have a substantial interest in, Guardado actively participated in decisions involving Unite Here at Sky Harbor airport. Indeed, not only did she vote on matters involving Unite Here at the airport, she was the primary advocate for a set of rules intended to benefit Unite Here.

There also appears to be overlap with Guardado’s city council staff and the labor union. Guardado employs two research analysts on her staff. Of the nine councilmembers, only five retain any research analysts at all; Guardado is the only member to employ two. One of Guardado’s employees, Michael Angulo, has served as a research analyst for Unite Here since March 2017. In 2018, he received $50,704 in total compensation from the union.[12] The next year, in 2019, Angulo joined Betty Guardado’s staff, where he earned $57,325 from the city of Phoenix while also earning $23,998 from Unite Here.[13] In 2020, the city paid Angulo a similar salary of $58,074.[14] It appears then that in 2019, the year he joined the city as an employee, Angulo was paid a full city salary while also receiving payments from Unite Here.

Guardado and her staff are not the only ones on the Phoenix City Council with close ties to organized labor.

If You Want to Do Business, You Have to Play Ball with Big Labor

In 2013, Pro’s Ranch Markets, a supermarket chain serving a largely Hispanic clientele, fell into bankruptcy, leaving 11 of its supermarkets up for sale and approximately 1,000 workers out of a job. The Gonzalez and Cardenas families made significant investments to buy the 11 supermarkets, including seven in Arizona, two in Texas, and two in New Mexico.[15] Without the seven supermarkets in the Phoenix-Metropolitan area, numerous neighborhoods would be left without a local supermarket. Initially, the new owners were welcomed with open arms throughout the Valley as they kept the supermarkets open and prevented hundreds of workers from losing their jobs. The transition of ownership faced no setbacks in Mesa and Glendale.[16] However, in then-City Councilmember Kate Gallego’s district in Phoenix, the remaining five locations ran into trouble.

CNG Ranch, the LLC of the two purchasing families, was told that in order to obtain their liquor license for the recently purchased supermarkets, they would have to meet with the United Food and Commercial Workers Union. According to an attorney representing CNG Ranch, the bearer of the bad news was no other than Kate Gallego herself.[17] During her time in office, Gallego has been considered an ally to labor unions.[18] During her recent campaign for mayor, she received $40,100 from union labor PACs.[19] Of all the contributions her campaign received from various PACs, union-related PACs made up 30%. According to multiple sources, Gallego told the owners that to obtain a majority vote to approve of the liquor license, the Arizona general manager of CNG Ranch needed to meet with the union.[20] The not-so-tacit implication of Gallego’s demand was that the liquor license could well be contingent upon staffing the supermarkets with unionized labor.

The United Food and Commercial Workers represent workers from two of the leading grocery store chains in Arizona, Safeway, and Fry’s. The union has already attempted the takeover of smaller supermarkets in the Phoenix area. The union filed multiple lawsuits against Bashas’ Food Stores along with staged protests in front of the stores in 2009. While the charges were dropped due to a lack of evidence, the Bashas’ stores almost went under from the actions.[21] Five years later, the bankruptcy of Pro’s Ranch Markets provided the UFCW an opportunity to expand.

Gallego publicly denied the allegations and said she only encouraged dialogue, and there was no quid pro quo between unionized labor and the granting of a liquor license to the supermarkets.[22] Yet the attorney representing the supermarkets said, “Kate Gallego specifically told the company’s general manager that he needed to meet with union representatives before she would vote to approve the liquor licenses.”[23]

CBG Ranch eventually met with a “community group” of 70 people, most of whom had ties to the UFCW or directly represented the union.[24] After coming under public scrutiny regarding the demand to meet with union labor, Gallego eventually voted to approve the liquor license. But not before other liquor license and other permit applicants got the message: If you want to do business in Phoenix, it would behoove you to meet with organized labor connected to local lawmakers.

Labor unions exist to advance the interests of their membership. But when these organizations use the force of government to advance their own special interests, they often do so at the expense of taxpayers and the general public. The problem becomes more acute when elected representatives have financial and political interests in matters involving specific labor unions.

Whenever a public official has a financial interest in a labor union or any other organization, they should not participate in matters involving that organization. And the general public should not be made to bear the cost of politicians returning favors to their political benefactors.