Breaking Down Barriers to Work for Military Families 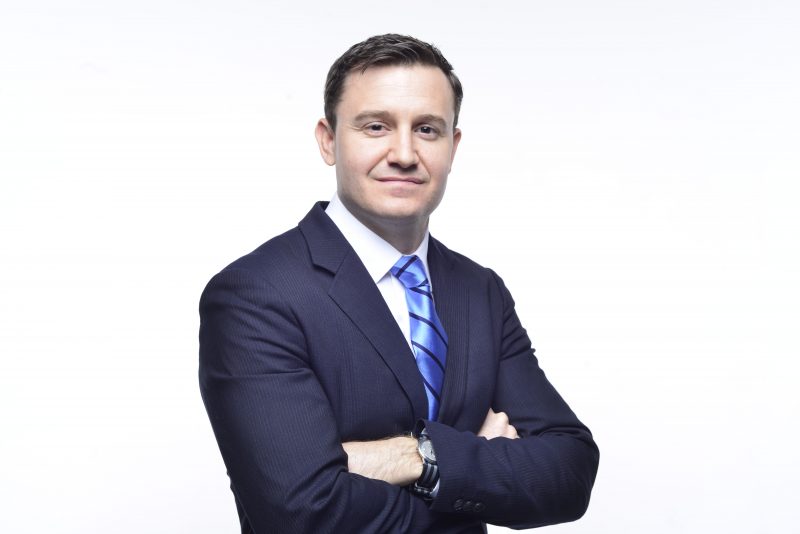 Over the last several decades, the number of jobs that require an occupational license has increased substantially. Today, professions that have very little to do with protecting the public’s health and safety require a state license. At the same time, each state has different requirements and restrictions for each occupational license. That means that even if someone has safely and efficiently practiced a trade in another state – for years– that person still may be unable to receive a license in a new state without additional costly and cumbersome education and training requirements.

The unfortunate reality is that these restrictions fall hardest on military members and their families, who move every two to three years on military orders. Because of this regular mobility, military spouses face an unemployment rate that is nearly six times higher than the general population. This is true even though military spouses have high levels of education and job skills that are in high demand. At the same time, state licensing restrictions are also harming veterans looking to apply the training and experience they gained in the military to civilian trades and professions.

The Breaking Down Barriers to Work Act recognizes that military members and their families do not forget how to practice their trade or profession just because they move states. By recognizing licenses obtained in other states upon relocating, and by counting military training and experience toward state occupational licensing requirements, this measure provides much needed relief to and a commonsense framework for those impacted by military service who are just trying to earn an honest living as they move from state to state or upon separating from the military. 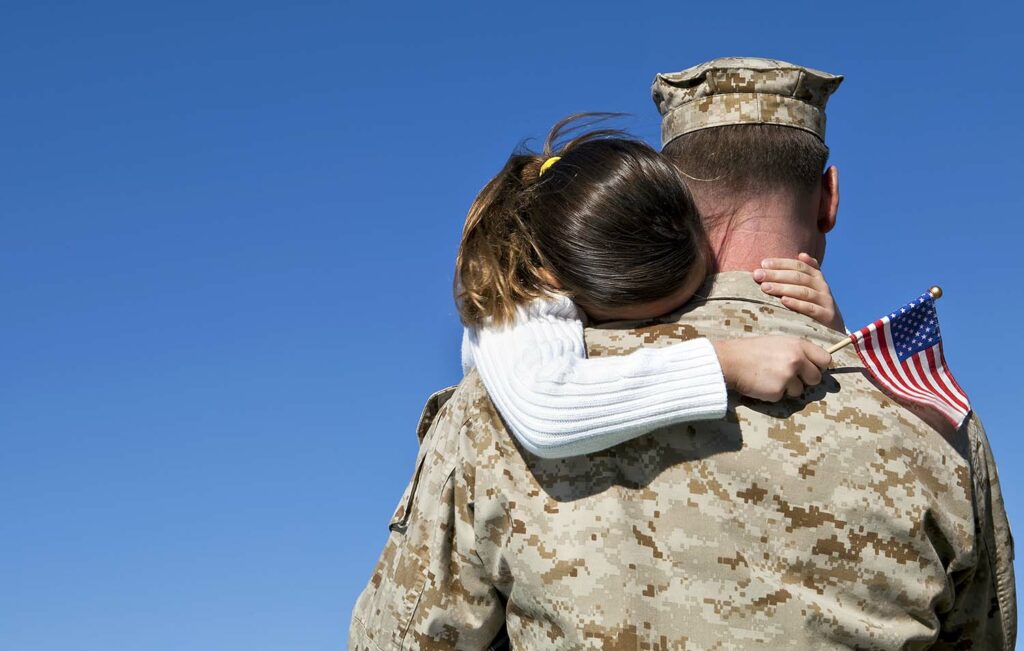 Although policymakers of all stripes discuss the importance of “job creation” in the states, it is often government restrictions put in place by those very same policymakers in the form of occupational licenses that hinder employment opportunities. And the sad reality is that these restrictions often fall hardest on military members and their families who must frequently relocate on military orders. Or who, upon exiting the military, encounter difficulties receiving state recognition of the skills they have learned in the armed forces as they seek to apply those skills to civilian trades. Rather than exacerbate the problems that arise from high mobility rates for military families by erecting onerous occupational licensing requirements, states should seek to reduce or eliminate those barriers.

An occupational license is a government permission slip to work in one’s chosen field. Occupational licenses have been required for some professions, such as doctors and lawyers, for many decades. The historical justification for requiring government permission before engaging in such occupations is that government regulators can protect the public from harm or fraud by requiring that certain standards be met prior to engaging in dangerous or risky professions. Increasingly, however, there has been a growing trend toward prohibiting people from working or starting a business without first asking permission from government – even if they aren’t posing any health or safety threat to the public.

In the 1950s, only five percent of jobs required an occupational license. Today, roughly one in four jobs requires government permission.1 While fewer than 30 occupations are licensed in all 50 states (most of which are in the medical, dental, and mental health professions), over half of all state-licensed occupations are licensed in only one state—occupations including graphic designers, audio engineers, braille instructors, and travel agents.2 States require occupational licenses for professions as innocuous as chimney sweepers (in Vermont),3 bed salespeople (in West Virginia),4 or florists (In Louisiana).5

And each state has its own licensing requirements which often differ – sometimes significantly – from state to state. For example, Florida charges auctioneers $1,000 for a license and requires 19 days of training.6 Hawaii, by contrast, charges would-be auctioneers $15 and has no training or education requirements.7 These different requirements apply across professions and trades. So, a person can be a licensed real estate broker, or nurse, or barber in one state, but once that person crosses state lines cannot practice his or her profession, regardless of how long he or she may have been doing it.

These restrictions are often difficult enough for in-state residents to navigate. But when a highly mobile population – such as military families – must frequently traverse these barriers in several new states, problems abound, including unemployment.

Military members and their families move every two to three years while on active duty. According to a survey conducted by the U.S. Chamber of Commerce, 34% of military spouses surveyed reported moving four or more times, and more than 50% at least three times.8 That reality makes it exceptionally difficult for military spouses and other military family members to find stable employment and climb the career ladder.

These staggering unemployment rates exist despite high education attainment among military spouses. The U.S. Department of Labor reports that 30% of military spouses have a four-year degree, while 15% have an advanced degree.11 These education levels exceed those of the general population, of which, approximately 21% have a bachelor’s degree and 11% an advanced degree.12 What’s more, because of the frequent moves and necessity to independently manage a family’s affairs when military members are deployed or away at training, military spouses tend to be flexible and highly adaptable, character traits in high demand among employers.

Veterans also encounter difficulties from occupational licensing regimes as they transition from military service to civilian employment. The Department of Defense trains our servicemembers in a wide range of professions and occupations. As of 2017, 30,322 active-duty enlisted personnel received training in construction, 68,365 in health care, 129,209 in electronic and electrical equipment repair, 161,571 as engineers, and 160,690 as mechanics.13 Other military professions that translate seamlessly into the civilian workforce including police officers and firefighters. Yet despite military professionals being highly trained in their respective fields, often with vast experience in those fields, many states do not recognize military training and experience, or put up other occupational licensing barriers that are expensive or difficult for veterans to navigate.14 These restrictions make it more difficult for those exiting the military to find meaningful employment at home.

The reality of these state licensing laws is that they are making it more difficult for military members and their families to find stable employment, even though these population of workers are highly educated and well trained. 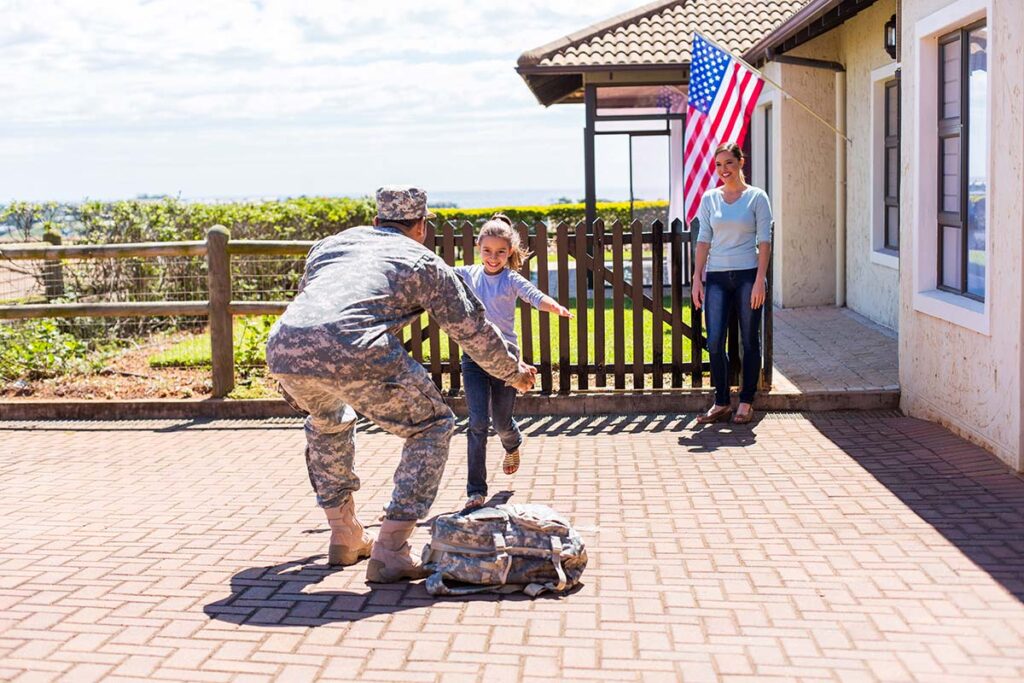 The Solution: Breaking Down Barriers to Work

The Breaking Down Barriers to Work Act provides much needed reforms to occupational licensing laws by recognizing a simple fact: If someone has been safely and productively practicing their occupation in another state or in the military, they can safely and productively practice it here. That is, you don’t forget how to cut hair when you move from one state to another. You don’t forget how to sell a house, or run wire, or care for patients. And states should recognize this fact for our military families and others who just want to earn an honest living.

Under the Breaking Down Barriers to Work Act, if a military member or military dependent holds a license in another state and relocates to a receiving state with this law in place, the receiving state will recognize their license upon relocating. The bill also extends these protections to others who have been practicing in good standing in another state for at least a year. This law simplifies existing laws that apply to military members and their families and aims to make the licensing process from state to state as easy as possible.

Additionally, from medics to mechanics, military members receive substantial training, education, and experience in order to practice their military occupations. Indeed, this training and experience can often eclipse civilian analogous in rigor and intensity. The Breaking Down Barriers to Work Act recognizes that all comparable and compatible military training, education, and experience should satisfy civilian requirements for an equivalent occupational license. That is, if a military member was trained and is experienced as a nurse, mechanic, or engineer, state licensing bodies should recognize that training and experience when issuing state occupational licenses and certifications.

This measure provides much needed relief to military families and others seeking to live and work in the states to which they relocate. Each state should welcome those who want to live and work, safely and productively, within its borders. That is no less true for those who have worn the uniform, or the families who have supported them along the way.