“I’ve never been so optimistic about the future of education freedom,” former U.S. Education Secretary Betsy DeVos told Goldwater President and CEO Victor Riches on Wednesday at a fireside chat hosted by the Goldwater Institute in Scottsdale, Arizona.

Secretary DeVos has long been one of the nation’s most influential advocates for policies that promote education freedom—policies which she championed during her four years leading the Department of Education. On Wednesday, she discussed how the one-size-fits-all public school system has failed children—and credited the Goldwater Institute for its national leadership in enacting meaningful school choice reforms and defending parents’ right to know what their children are learning. 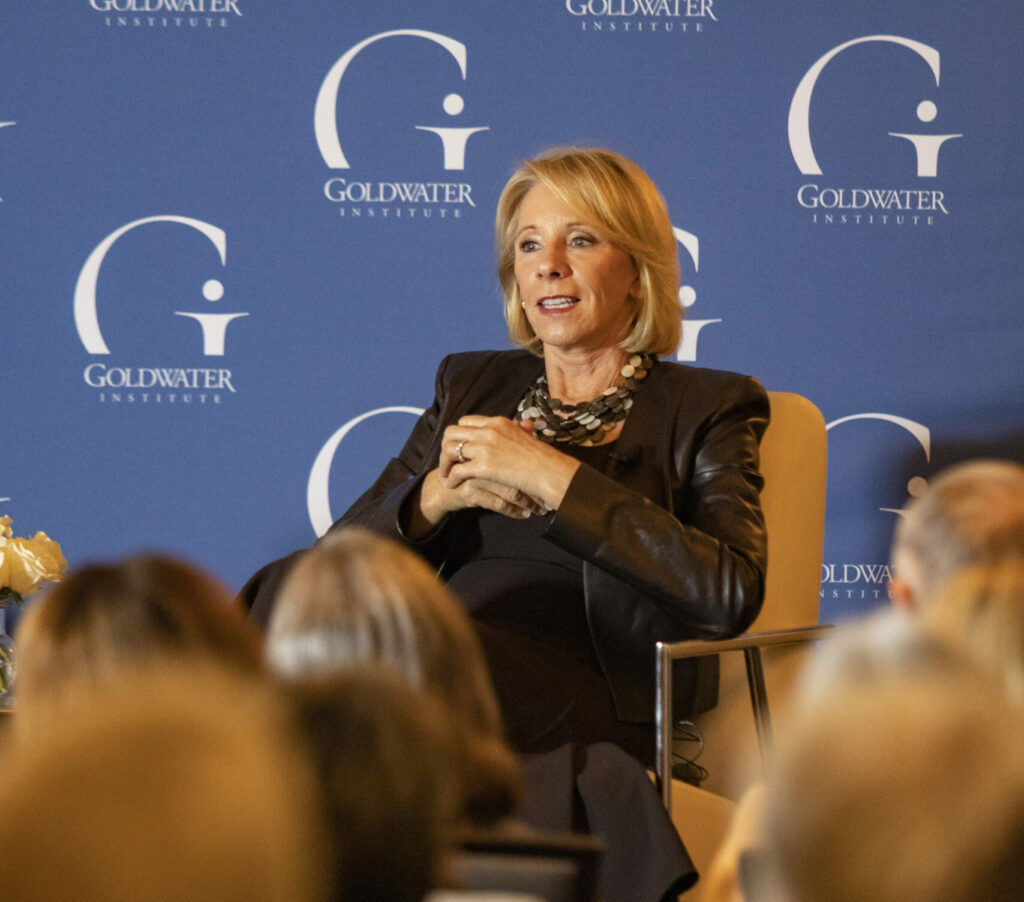 “Goldwater has been on the forefront of all of these innovations, and has been really, really awesome in championing things that others haven’t yet thought of,” Secretary DeVos said in an exclusive Goldwater Institute video. “And I fully expect that you’re going to continue to innovate and create around education and kids’ experiences around education.”

America’s education system ought to put students first. But for far too long, it hasn’t. “Every child is unique and uniquely created and special and has great potential. And too many of them today are being denied the opportunity to really pursue that because of a system that is not working for them,” Secretary DeVos said.

The system works for power-hungry teachers unions who want to maintain their iron-clad grip on education, and for the woke bureaucrats who want to indoctrinate children with radical leftist dogmas. But it’s failing the children who deserve an education customized around their unique needs—an education characterized by academic rigor, not woke politics. And with millions of children stuck at home during pandemic-era shutdowns that unions demanded, parents finally got to see the public education apparatus’ radical agenda in action.

“Parents had front row seats to see how their child’s school handled the situation. And in so many cases, it was a fail—whether it was a lack of rigor in a distance-learning environment, a lack of expectation, or whether it was curriculum that you saw upfront and personal on your kitchen table via Zoom that you had big objections to,” Secretary DeVos told Riches.

But the Goldwater Institute is showing the nation how to empower families. Earlier this year in Arizona, Goldwater enacted a first-in-the-nation universal school choice reform that expands eligibility for Empowerment Scholarship Accounts (known as education savings accounts in other states), which Goldwater pioneered in Arizona more than a decade ago.

Now, every family in the state can use their child’s public education dollars to customize an education experience around that student’s unique needs. “Arizona has really set the bar high for a lot of other states to really emulate and follow with the implementation of a universal education savings account,” Secretary DeVos said. “This is a real game-changer.” 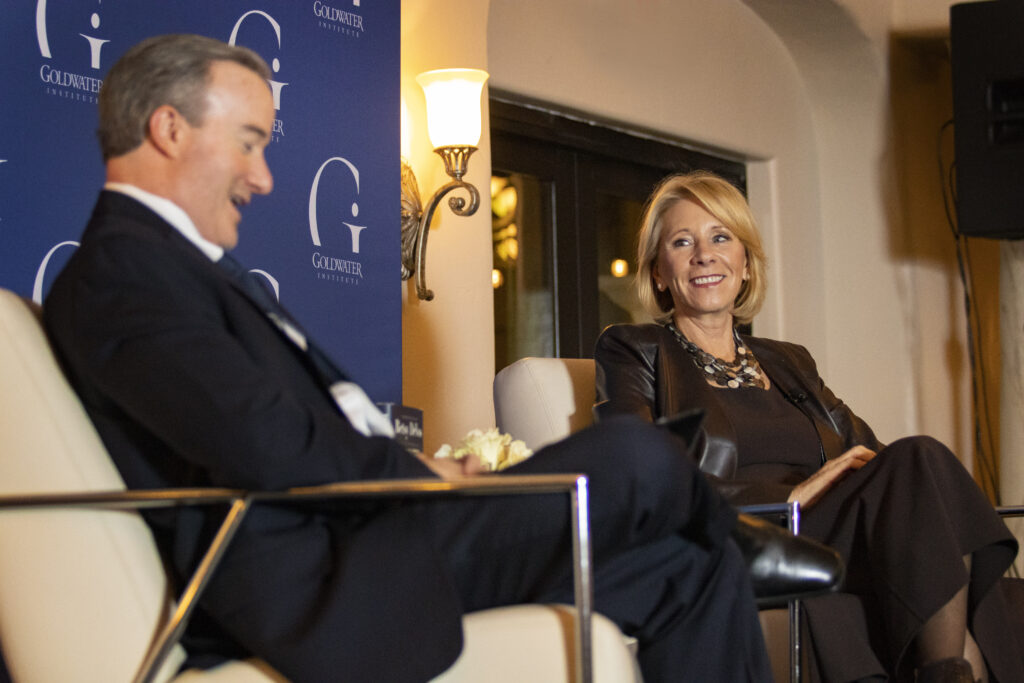 To exercise informed school choice, parents need to know what their children will be learning. That’s why the Goldwater Institute crafted a landmark Academic Transparency reform, which the Institute is promoting in states around the country, that requires public schools to post a listing of their learning materials online.

“Parents rightfully want to know what’s going on in their child’s classroom, what their children are learning or not learning,” Secretary DeVos said. “So the best way to really ensure that parents are aware of what’s going on and what they can expect is to have a real transparency around what’s being taught and what the curriculum is.”

Academic transparency goes hand in hand with school choice, she added, because “it will provide parents a lot more tools and a lot more information when actually deciding whether the assigned school is the right place for his or her child or if it requires something else.”

Ultimately, education freedom is based on a simple idea: parents, not bureaucrats, are best equipped to decide what their children need.

That’s why the Goldwater Institute is fighting for education freedom, and as Secretary DeVos said, “I fully expect Goldwater is going to continue to lead the way.”