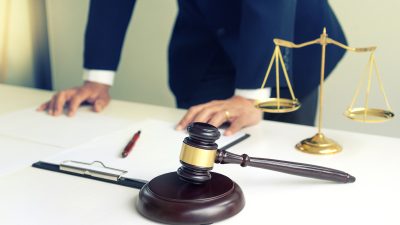 In 30 states, attorneys are required to join and pay dues to a bar association to be allowed to practice law. All too often, those bar associations don’t just use members’ dues to make sure lawyers are qualified and behave ethically; they also use members’ money for political and ideological advocacy.

In Louisiana, for example, the state’s mandatory bar association has used members’ dues to advocate for removal of “free enterprise” education from the state’s high school curriculum requirements. It’s also taken positions on a wide variety of other controversial issues ranging from the death penalty to drug policy to social issues.

That violates lawyers’ First Amendment right to freedom of association and their right to choose what political speech they will and won’t support with their money. And it’s totally unnecessary. In 20 states, attorneys aren’t forced to pay dues to a bar association that can use their money for political and ideological speech—but the state still regulates attorneys, and attorneys still pay for the cost of that regulation. If those states can regulate the practice of law without forcing attorneys to surrender their First Amendment rights, then so can the others.

In Boudreaux v. Louisiana State Bar Association, the Goldwater Institute is representing New Orleans attorney Randy Boudreaux in a lawsuit asking the federal courts to declare that mandatory bar association membership and fees violate the First and Fourteenth Amendments of the U.S. Constitution.

The case was filed in the United States District Court for the Eastern District of Louisiana on August 1, 2019.

Mr. Boudreaux seeks an order declaring mandatory bar membership and dues unconstitutional or, at a minimum, an order declaring that Louisiana does not provide sufficient safeguards to ensure that attorneys’ mandatory dues aren’t used for political and ideological speech that isn’t germane to improving the quality of legal services and regulating the legal profession, as Supreme Court precedent requires.