Week in Review: This Is the Way

“This reform empowers parents weary of a one-size-fits-all approach to public education to customize their children’s schooling based on their unique needs,” Goldwater Institute President and CEO Victor Riches says. “States around the nation should follow Arizona’s lead and pass legislation that funds students, not systems.”

Arizona is blazing the way forward with educational freedom and curriculum transparency, which empowers parents to find out what their child will learn before making an enrollment decision so they can exercise informed school choice. “In both cases, one can see a growing consensus among Arizona lawmakers that meaningful reforms are needed by families across the state, and that now is the time for greater educational freedom and academic transparency for students across the nation,” Goldwater’s Matt Beienburg, Director of the Van Sittert Center for Constitutional Advocacy and Director of Education Policy, writes at the education news site The74.

Read more at In Defense of Liberty and The74.

Get with the Times, Regulations

We live in the 21st-century age of technological advancement. So why are state governments using 19th-century bureaucratic requirements to raise barriers to telehealth access for millions of Americans?

Telehealth services allow patients to access high-quality medical care from the comfort of their own home using a computer, smartphone, or landline phone. Benefits include significant cost savings for patients and providers alike. In fact, nearly one-quarter of Americans reported using telehealth last year, according to one survey.

During the pandemic, most states enacted waivers that allowed patients to have virtual visits with out-of-state doctors. But the pre-COVID rules are now phasing back in. “As of July 1, 70 percent of states have no telehealth legislation or licensure flexibilities on the books,” Goldwater Healthcare Policy Analyst Amanda Hagerman writes at In Defense of Liberty. 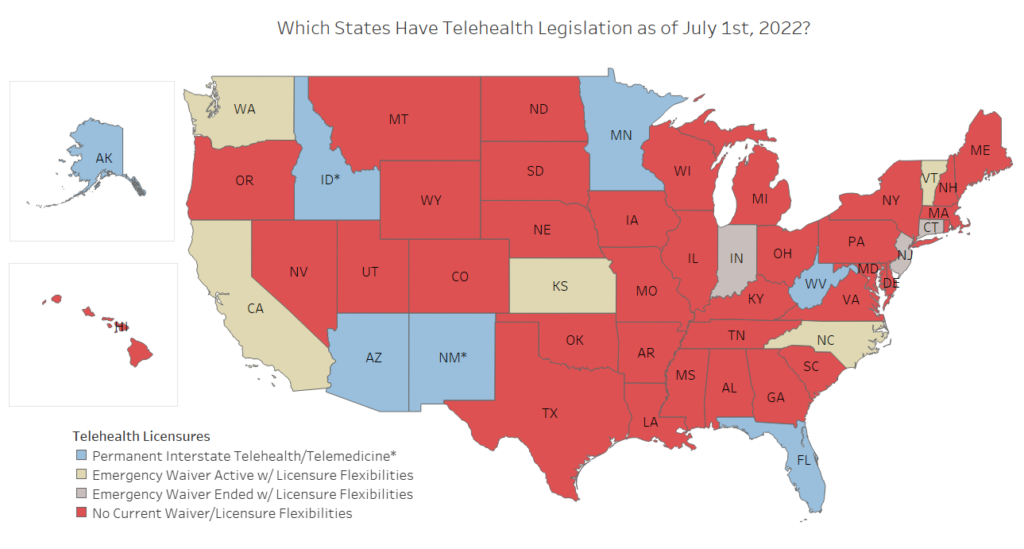 The solution? States should adopt Arizona’s approach and enact Goldwater’s reform to make pandemic-era telehealth services permanent. “Nationwide, patients are not able to get the care they need because they are homebound, live in remote areas, have infirmities, or simply do not have access to transportation,” Hagerman writes. “Let telemedicine bridge the gap.”

How would you change the U.S. Constitution? That’s the question journalist and TV commentator John Stossel recently posed to Americans on the street, attorneys, and policy experts—including Goldwater Executive Vice President Christina Sandefur and Vice President for Litigation Timothy Sandefur. By adding provisions that are commonplace in state constitutions, could the federal Constitution better protect Americans’ freedoms and our founding principles against government’s ever-expanding reach?

How would YOU change the Constitution?

Would you change it at all?

Tell me what you think.

“A lot of state constitutions have something called the gift clause, and a gift clause is a prohibition on government subsidies to special interests,” Christina Sandefur says. Timothy Sandefur adds, “I would include in the federal Constitution protections against the abuse of eminent domain that are found in many state constitutions.”

The U.S. Constitution is designed to be a floor of protection for individual rights, leaving the states free to safeguard those rights to an even greater extent with their individual constitutions. That’s why Goldwater spends so much time in state courts: state constitutions are an important line of defense against government abuse, and when the federal government fails to protect our freedoms, we have the states to fall back on.

More on this issue
Latest News