In defense of liberty—it’s a lofty-sounding ideal. But truly defending liberty—safeguarding the precious ideals that have lifted millions of Americans out of poverty and into prosperity, freeing them to live their American Dream—takes work.

At the Goldwater Institute’s Annual Dinner on Friday in Phoenix, hundreds of our supporters and friends celebrated our successful work to defend liberty and looked forward to how we’ll continue expanding freedom around the nation in the year to come.

“The work of liberty means prioritizing freedom,” Goldwater Institute Vice President for Litigation Jon Riches said during the dinner. That was a prominent theme highlighted by the event’s keynote speaker, media personality and political commentator Glenn Beck, one of the nation’s foremost voices for conservatism and staunchest defenders of the Constitution. 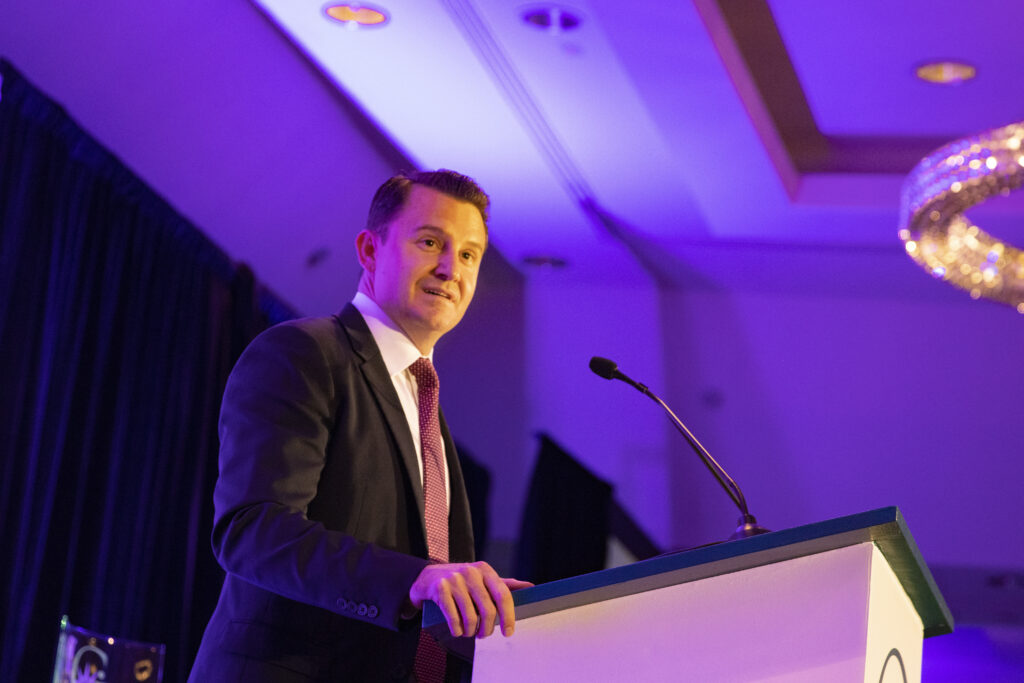 “Not to stand is to stand, Not to speak is to speak,” Beck said. “It’s only people like the Goldwater Institute that are actually standing and defending our liberties.”

“If we keep our heads, and support all those who need us, who are fighting for us, and then we stand up, there is nothing stopping this nation.”

Defending liberty means speaking out and fighting back when the forces of statism seek to destroy the principles of justice and equality under the law that we hold dear. Former California public school teacher Kali Fontanilla is a shining example of what it means to defend liberty, and it’s why she’s the recipient of this year’s Goldwater Institute Freedom Award.

When Kali discovered her school was indoctrinating children with the lies Critical Race Theory—a toxic ideology that tells students that public institutions must atone for “systemic racism” by treating people differently based on their skin color—she bravely blew the whistle in an exclusive Goldwater Institute video. Even when the backlash began in earnest—when public school bureaucrats deemed Kali, who is half Jamaican, “anti-people of color”; when she was harassed, demeaned, and threatened with violence—she kept standing up for teachings of empowerment over messages of despair. 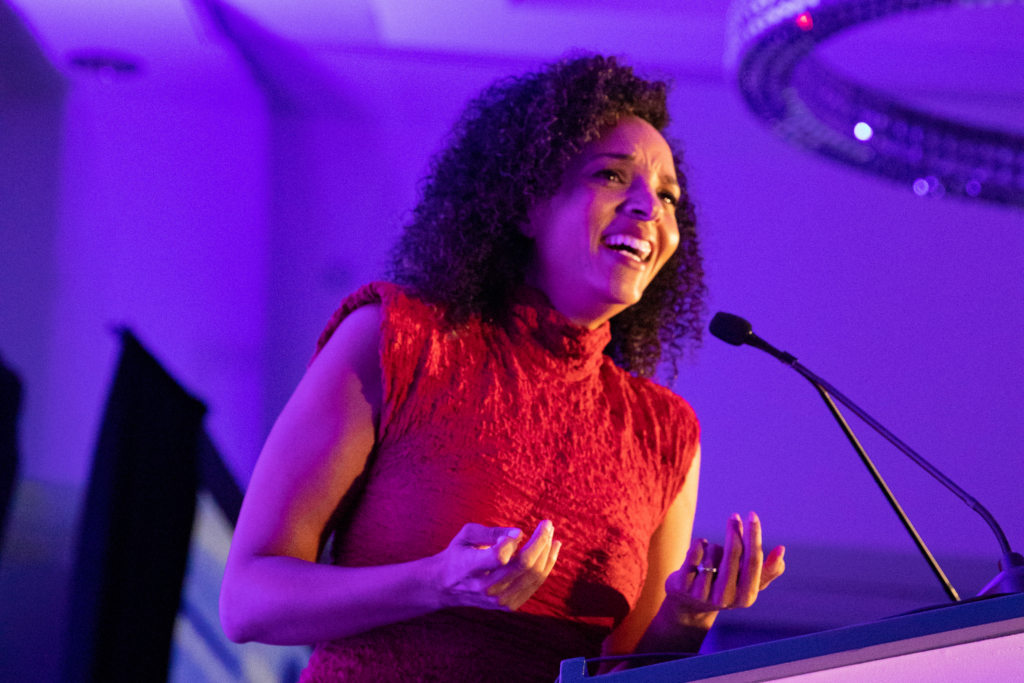 “This fight has not been easy; I have been called every racial slur in the book,” Kali said explaining that she kept going because she knew she needed to expose the “divisive and evil” nature of CRT. “Don’t give up, keep standing strong, let’s save our nation’s children from these divisive and destructive theories.”

And her courage made a difference, drawing nationwide attention to the woke indoctrination that has infiltrated our schools and helping establish the Goldwater Institute’s Academic Transparency Act, which protects parents’ right to know what their children are learning, as the national standard.

“Thanks to the bravery of teachers like Kali, there is hope,” Goldwater Institute Executive Vice President Christina Sandefur said. “She’s working to arm parents and teachers with the information they need to fight for a future where our children are not taught to judge each other by the color of their skin, but by the content of their character.”

Kali is part of a nationwide movement that’s fighting for children to receive the quality education they deserve, not be subject to social justice activists’ radical agenda.

“We know our children better than anyone. And we will not let bureaucrats get between us and our babies,” said Nicole Neily, founder and president of Parents Defending Education and a featured speaker at the Goldwater Institute’s Annual Dinner.

It’s a movement that recognizes a simple principle: parents, not government bureaucrats, are best equipped to direct their children’s education because they alone know their children’s unique needs. That’s why, just days ago, the Goldwater Institute celebrated a massive victory for Arizona parents fed up with a one-size-fits-all education system when special interests failed to overturn the Goldwater Institute’s groundbreaking, first-in-the-nation universal school choice reform.

That’s just one example of the work the Goldwater Institute is carrying out to defend liberty in courtrooms, capitol buildings, classrooms, and communities.

“After all, we have an obligation to defend Americans against an out-of-control government—and that’s an obligation we take to heart every single day,” Goldwater Institute President and CEO Victor Riches said. 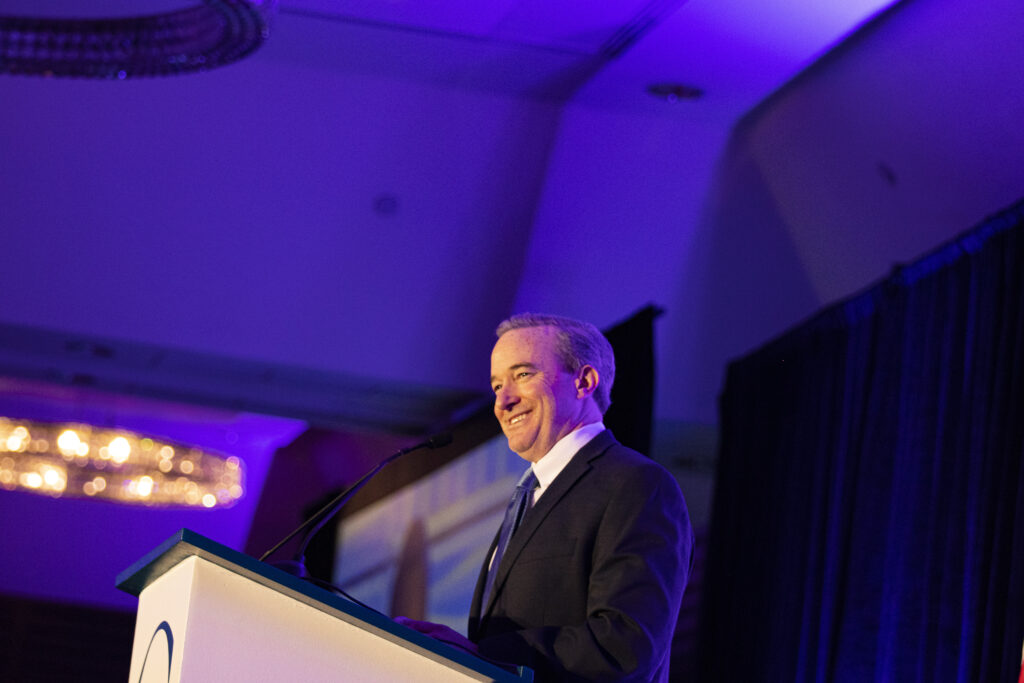 And our work is bearing fruit as Americans pursue their own version of the Americans Dream: earning a living, free from needless bureaucratic red tape; directing their children’s education, free from bureaucratic busybodies; owning property, free from regulations that tell them what they can and can’t do on their own land; and accessing innovative medical care, free from federal government rules that force them to beg permission first.

All around the country, the Goldwater Institute will never stop defending liberty and empowering Americans to live freer, happier lives.

More on this issue
Events