Liberty in Action: Goldwater Leads the Fight for America’s Future

For 250 years, our country has fought against tyranny and oppression across the globe. We’ve spread the ideas of freedom and equality to nearly every continent, and in so doing defended our liberties here at home. But today, there’s a different, dangerous idea that’s taking hold—and it’s happening in our own government. Leftists are trying to change the very core of what it means to be an American: promoting socialism, raising taxes, increasing government dependency, and indoctrinating our children with Marxist ideas like Critical Race Theory.

In our newly released 2022 Liberty in Action Annual Report, we highlight the Goldwater Institute’s incredible successes over the last year and chart a course for the future. You can download the report here. Check out a highlight of our accomplishments in our report, below.

We’re in the fight of our life—America’s life. Goldwater is leading that fight, and we know that our country’s core principles—those enshrined in our Constitution—are essential to securing the American Dream for everyone. The Goldwater Institute is a tenacious—and successful—defender of our constitutional principles. Just in 2021, we achieved a multitude of monumental victories: 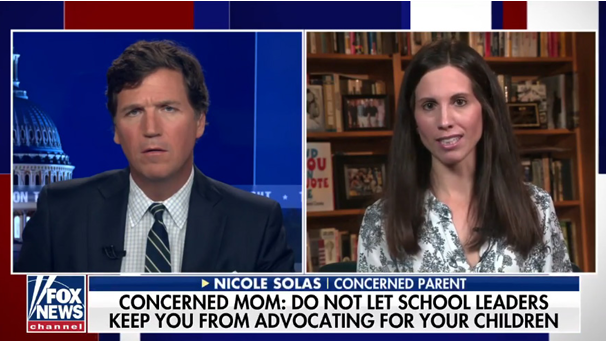 As radical politics infiltrates classrooms, we stood up for parents’ right to know what their kids are learning in taxpayer-funded schools. We’re defending Rhode Island mom Nicole Solas against a public education establishment that punished her for asking the wrong questions, and we’re pioneering legislation that mandates that public schools publish their curriculum online—legislation that has been introduced in more than twenty states in 2022.

We won a crucial victory for free speech and parents’ rights when a Virginia court put a stop to the Fairfax County School Board’s unconstitutional attempts to bully and silence concerned Virginia moms Debra Tisler and Callie Oettinger for daring to ask questions about how their tax dollars were being used. 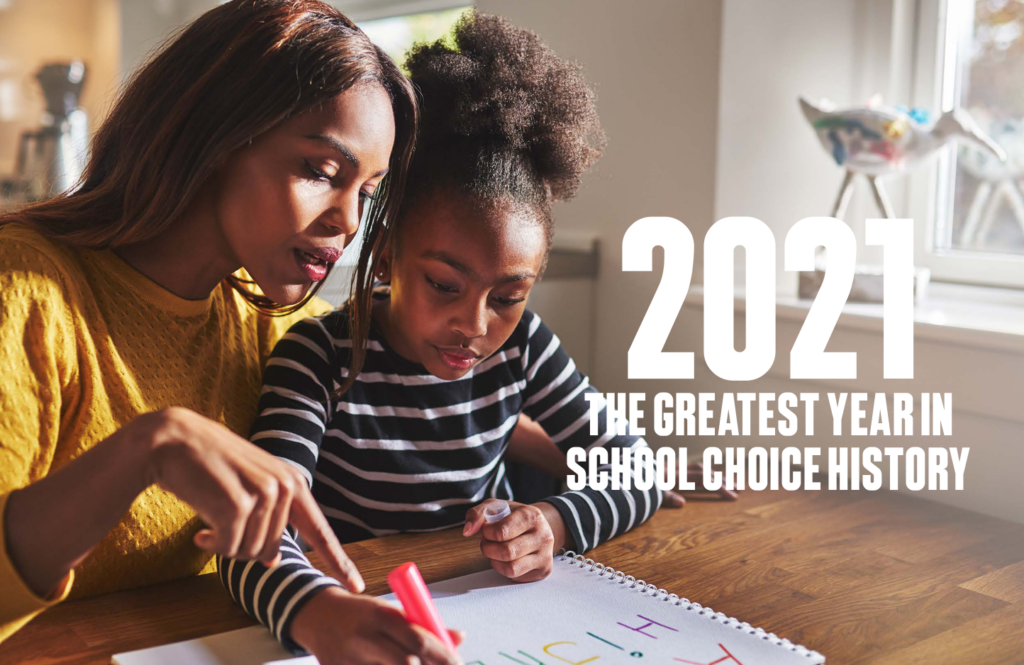 We expanded school choice in 19 states in 2021, and we won’t stop until parents in every state are empowered to decide what education path truly meets their children’s needs.

As Washington lawmakers tried to raise taxes by trillions of dollars, we won the battle for a 2.5 percent flat tax to make Arizona one of the lowest tax states in the country. And when progressive groups funneled $25 million of out-of-state special interest money into an Arizona ballot initiative that doubled the income tax for individuals and small businesses who earn $250,000 or more, we challenged this power grab all the way to the state Supreme Court and came away victorious—setting the stage for our ultimate triumph over Proposition 208 earlier this month. 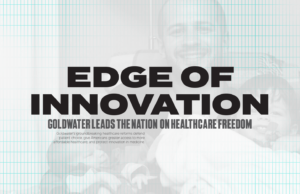 In 2021, we led the charge to expand patient choice, access, and affordability in healthcare. Our lifesaving Right to Try law is improving and saving the lives of patients facing terminal illness. And in 2022, we’re extending this groundbreaking reform to personalized medical treatments with the Right to Try for Individualized Treatments, which has already been passed by the Arizona Senate and will soon be on the House floor for a final vote. Goldwater also developed a blueprint for reforming America’s healthcare system by removing red tape so patients can obtain the treatment they need. And lawmakers are listening, as we passed the nation’s first telemedicine law in Arizona allowing patients to connect with their doctors anywhere in the country using everyday technology. 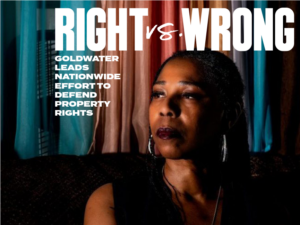 Goldwater is spearheading the nationwide effort to defend property rights and end the unconstitutional practice of civil asset forfeiture, which allows the government to take Americans’ property without due process. We helped Massachusetts grandmother Malinda Harris get her car back six years after police seized it without even accusing her of a crime. But as Malinda said in congressional testimony in December, there are many more innocent victims of civil asset forfeiture. That’s why we enacted a law in Arizona that requires law enforcement to obtain a conviction before seizing property, and it’s why we’re taking this reform and others nationwide. 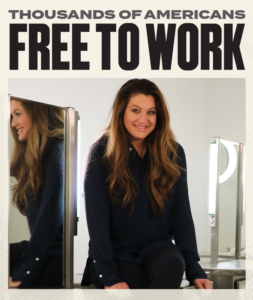 With America’s economy stuck in second gear due to government policies gone wrong, Goldwater was hard at work tearing down barriers to employment. Eighteen states have adopted the Institute’s Breaking Down Barriers to Work reform, helping thousands of experienced, licensed professionals get to work faster by recognizing licenses obtained in other states.

With your support, we work day and night—in courtrooms and capitols around the country—because we know that the spirit of America must be saved. No matter where the battle takes us— from classrooms to Capitol Hill—we’ll never stop fighting to preserve the freedom that ensures all of us can achieve the American Dream.

You can read our 2022 Liberty in Action Annual Report here.